We were planning to go into London proper but decided to stay in Greenwich.  We have been to London on a number of occasions but never to Greenwich until yesterday.  So, it made sense to stay here and visit the touristy places.  Off the ship, off the tender and on to the Royal Observatory.  Quite a walk up hill, to the highest point in Greenwich.  It was quite a trek to the top but well worth it.  The view of London was spectacular. 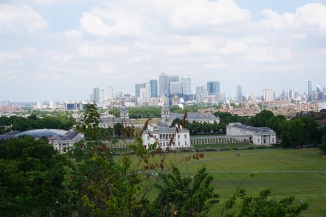 We made our way through the museum and found it quite interesting.  Remembering that Great Britain was a naval power, both militarily and commercially, it makes sense that it would take steps to figure out the navigation problem of determining a ship’s location.  Therefore, a great deal of effort was dedicated to the problem.  A fellow named Hamilton came up with the solution with what ultimately became the pocket watch.  It was big but it worked.  Longitude and longitude were conquered.  Here is one of the original designs by Harrison; clearly not the pocket watch. 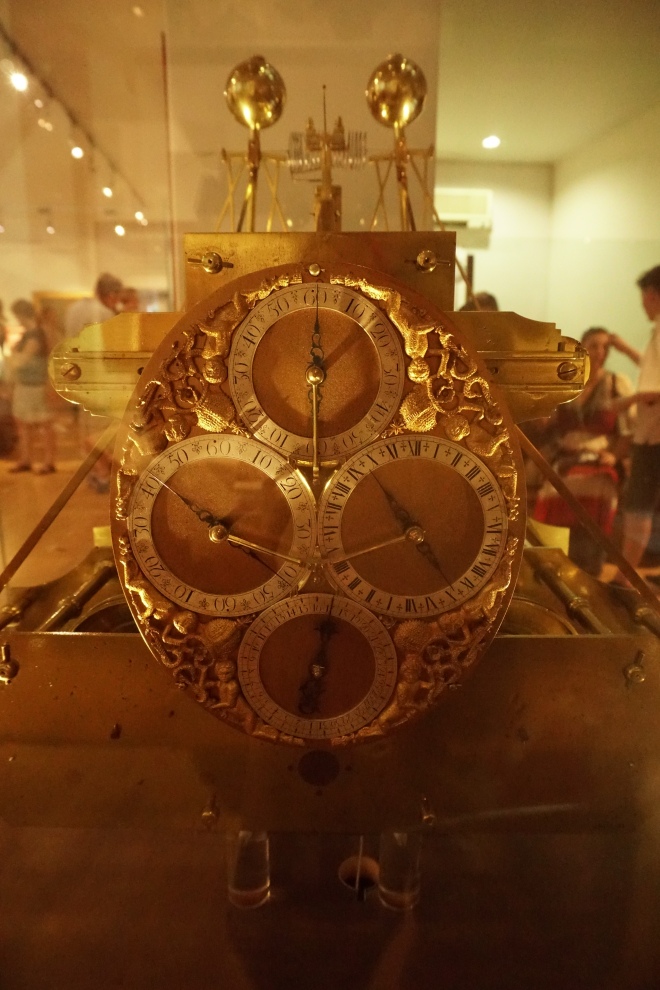 I took this picture from  one of the rooms in the building where star gazing took place. 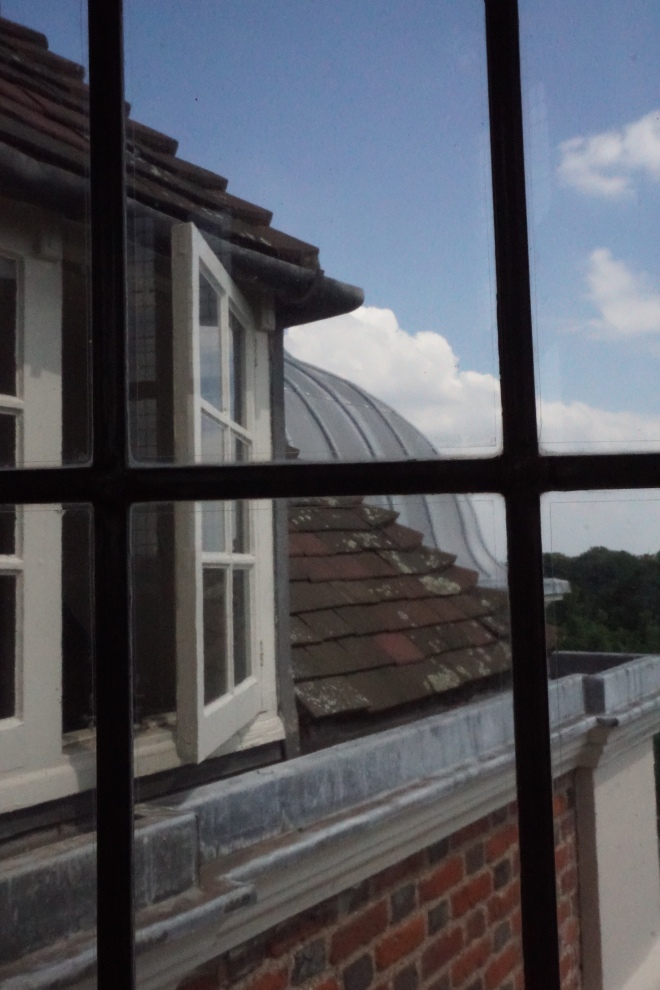 As we left we walked through the garden and I caught a photo of a bee going about his business, oblivious to all the visitors.

On the way out we stopped to look at the Prime Meridian.  Here is a picture of JoAnn straddling the line and one that I intend to suggest infinity. 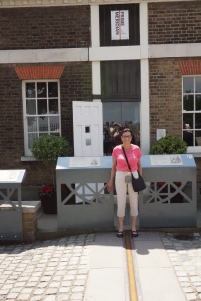 From the Royal Observatory we made our way down the hill to the Queen’s House.  It was quite nice, certainly fit for a member of the Royal family.  It serves today as an art gallery, focusing primarily on naval art.  Nonetheless, it is a beautiful building, well worth the visit.  Here are a number of photos from the Queen’s house: 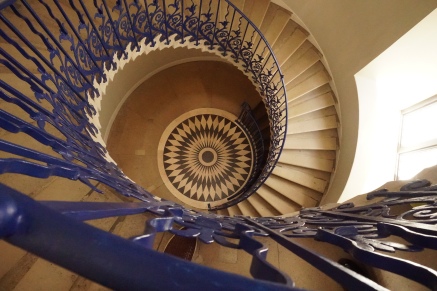 Plate on display in Queen’s room

After our visit to the Queen’s House we walked over to the Old Royal Naval College to see the Painted Hall and Ceiling.  The ceiling is under restoration.  Scaffolding littered the hall.  A floor set at the top of the scaffolding covered the ceiling.  The only way to see it was up, up, up the steps to the top.  We were decked out in reflective vests and hard-hats. 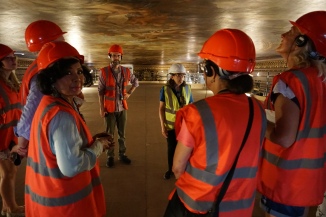 From the Pinted Hall we walked over to the Chapel in the Naval College.

Then onto the Cutty Sark.  It has been restored and is at dry dock here in Greenwich. 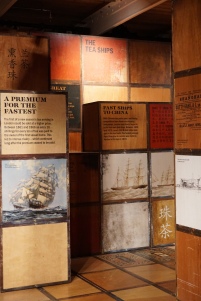 Then it was time to return to the ship.  One more tender ride before casting off at 7:30.  We decided on dinner outside at the World Cafe.  Sitting on the port side, we had a pleasant view of London as we worked out way down the Thames. 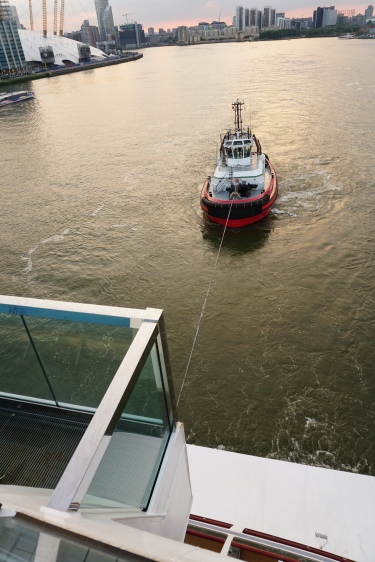 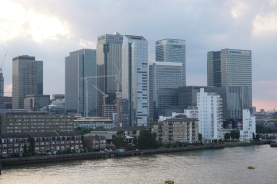 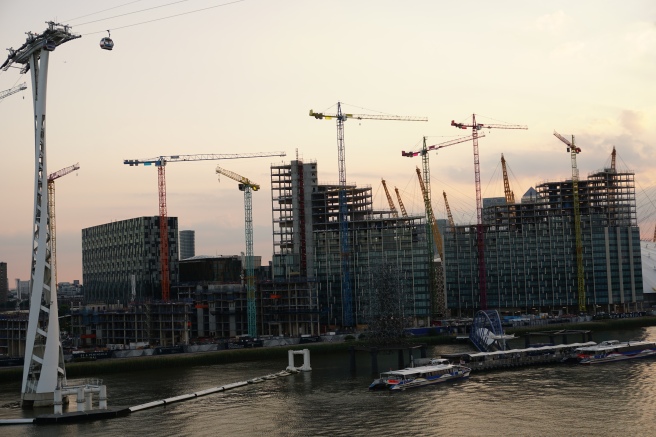 And then it was back to the room after a full and interesting day.