Rain with intermittent sunshine was the order of the day in Kralendijk, the capital of Bonaire.  We left the Eclipse once the rain let up and started strolling through the craft market.

As we were enjoying the local displays the black clouds on the horizon were threatening and rapidly approaching.  I pointed at a small cafe where we could take shelter from the storm.  As soon as we found a table the rain started.  People ran in all directions some hunkering under umbrellas and others waving at the drops as if to ward off little rain devils.

Where are Jimmy and Barbara when you need someone to sit under a canopy drinking beer and waiting out the showers?

When the rain ended we continued our walk downtow.  Kralendijk seemed like a sleepy but pleasant town.  Here are a couple of shots of the tourist shopping district. 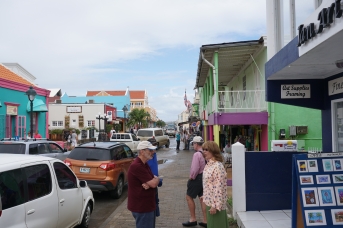 I found this display playful and entertaining.

We turned a corner and saw this mural.

Here’s a close up of each of them.

We continued down the street and discovered a local church.  The complex was much more than a church; there seemed to be medical and social services as part of the religious community. 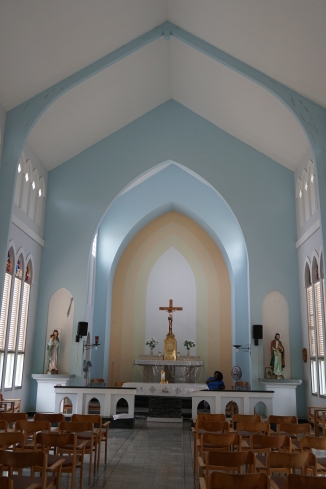 As we started back to the ship we again passed the mural.  This time three young women were walking by as I began to take a second photo of the artwork.  Here’s what I got.  They were having fun supposedly at my expense but we turned the tables on them . . .

. . . when we met them a while later and they agreed to have a second photo taken.  Good sports.  That’s Michaella on the left, Trestana in the middle and Keili-Shea on the right.  Good representatives for the Island of Bonaire. 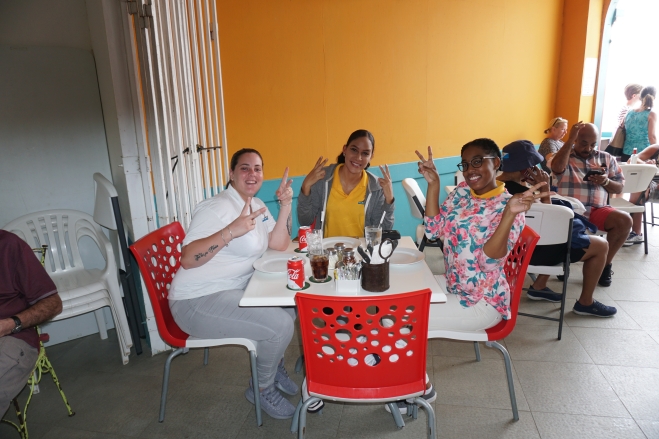 From there we continued meandering  back in the direction of the Eclipse.  But, before we reached our destination we stopped for a little bit of Holland in the Caribbean.  That’s right, we stopped at the local brewery for a little taste.  And, it wasn’t even raining. 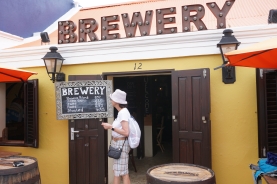 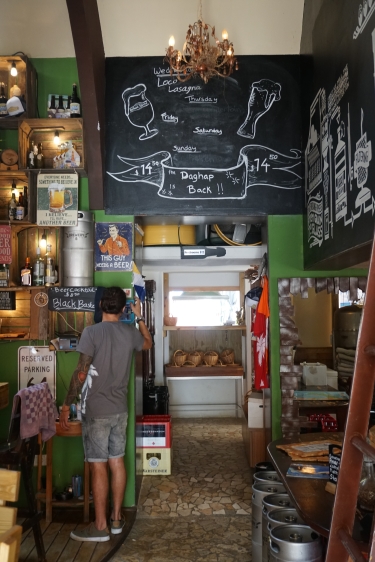 Our server was from Holland.  Nice kid who said she came to Bonaire for an internship in the hospitality industry and, internship over, stayed to work, apparently, in the brewery.  I guess that is the lure of the islands.

Here’s a few more shots of Kralendijk as we returned to the ship. 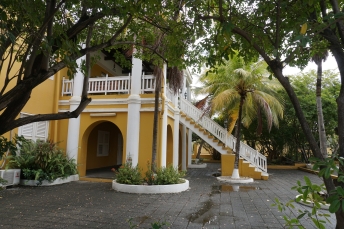 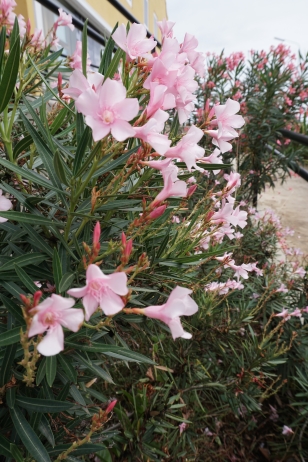 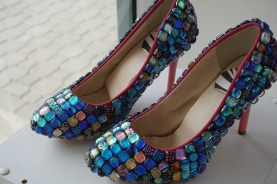 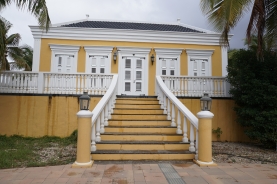 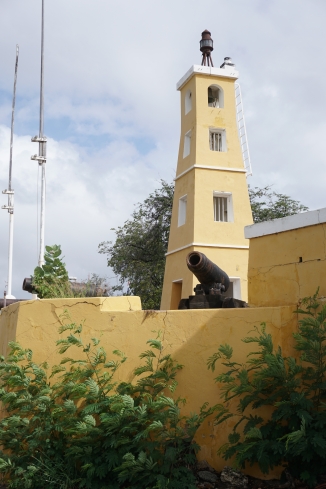