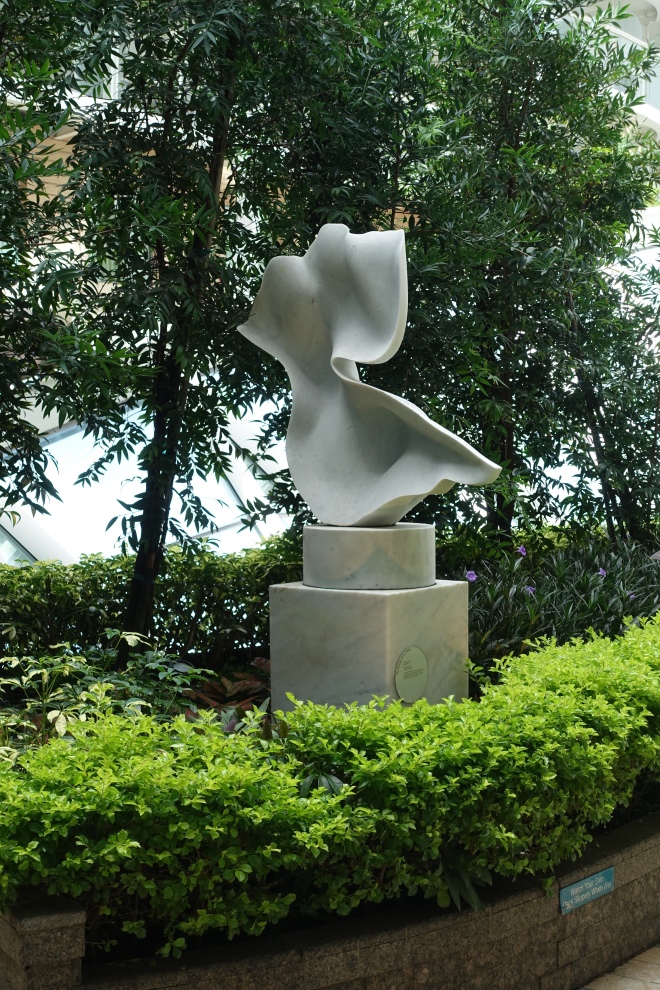 Not much happening today. We took our time getting up, as we often do. The ship is making steady progress toward Coco Cay. We arrive there tomorrow morning. If all goes well, and I don’t chicken out, we will be soaring 450 feet above the island in “Up, Up and Away,” RCCL’s helium balloon. We have tickets for 10am. With luck and good weather, I should be able to get some great photos. We’ll see.

By the time we left the room it was about 11:45am and we were waiting for the daily announcement by the captain. Well, the 12pm announcement came on at 12:30. I think he suggested that the weather tomorrow may include some early thunderstorms. Not good for flying. Right now it’s 7:14pm and here is a photo of the sky at sunset as we head south toward the Bahamas.

After listening to the captain while seated in the promenade, we were off to Vintages for a light tapas lunch and a couple of glasses of wine. The tapas were terrific and the wine made everything go down smoothly. And, as you probably know by now, Vintages is in Central Park. Here are a couple of shots of it in the evening.

The Oasis is an enormous ship. Plenty to do and see. And yet, we seem to gravitate to Central Park for its ambiance. But, don’t we all do what feels comfortable?

We reserved an 8:00 o’clock table at Izumi for sushi. First, however, we stopped at the Diamond Club for pre-dinner cocktails. The club was not scheduled to open this trip but, in order to test their protocols for handling CDC issues, they decided to invite 30 guest to see how things will work. As far as we are concerned, everything was fine. As with all venues on board, everything is served; no self-service in the club. Here is a photo of the club.

The sushi tables are on the left side and are dimly lit . . .

The restaurant was not busy in the sushi part but two of the three hibachi tables were full when we entered. Our meal began with edamame which was compliments of the house. We followed with pork goyza; little fried, pork filled dumplings which were terrific. Then we had Crispy Rice Spicy Tuna which was also excellent. Our main meal consisted of two rolls, an Izumi Spider Roll, which is considered a signature roll and one of the Chef’s Signature Rolls, Truffled Creamy Lobster Tempura Roll. Everything was wonderful. I highly recommend Izumi if you enjoy Japanese cuisine. We will return next time we are on Oasis or any of its sister ships. Here is a photo of the chef and his fish.

From there we were onto the Royal Theater to be entertained by two, terrifically funny jugglers. They are “Passing Zone.” They appeared on America’s Got Talent and apparently went to the finals. Their banter is, in my opinion, the highlight of the show and they are excellent jugglers also. Here is an attempt at a photo or two taken with my iPhone and not my best work.

The dummy in the second photo was “an audience volunteer” who, due to Covid, could not actually participate. So they took his picture and applied it to the head of the dummy. Very funny.

The theatre was not full but, as you can see, there were a number of people in the audience. Non-vaccinated guests had to sit masked, in the 5th floor balcony . Take a look.

Well, the show was over and we were off to our cabin to rest up for Coco Cay.