We arrived in the morning on Saturday, May 12th.  It was a lovely day, warm and sunny.  We sailed into Sibenik

for our trip to a small family farm.  We were bound for Burnji, a local Dalmatian village, for a taste of grappa and a snack.  We began our journey at sea level and followed the coast for many miles before turning onto a narrow road that quickly climbed into the mountains.  The view as we rose was spectacular (no photos, I generally don’t take photos from a moving bus).

Our destination, a little homestead which passed down through the generations, is owned by a retired, small-town priest.

We actually got a photo of the two of us.

Our host, a pleasant older gentleman, told us about making grappa.  He poured each of us a dram; he makes a terrific grappa, of a high quality and great flavor.  I liked it much more than most of the Italian grappas I’ve tasted in the past.

Adjoining the little patio where he met us was a small chapel. 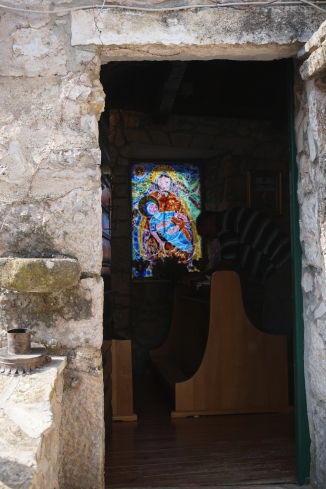 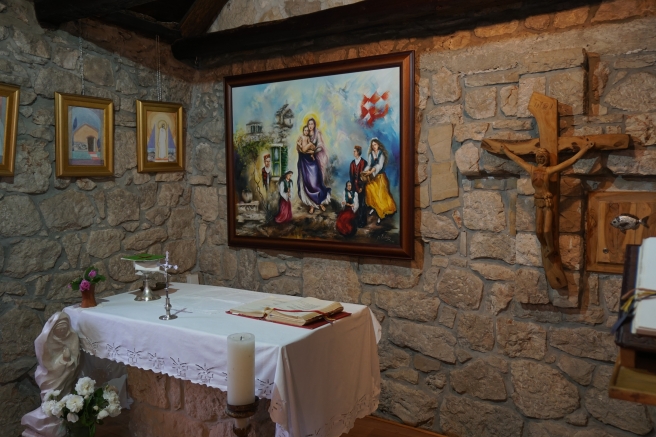 His vestments were on display for all to see.

We were then invited into his dining hall for a light repast of prosciutto, cheese and olives. this was accompanied by a local red wine.  Our table companions were an interesting mix, a lady from Australia who is traveling alone, a couple from New York City and a lady from Florida.  The conversation was interesting and eventually wove its way to politics.  Needless to say, we can’t discuss politics or religion.

After our snack we strolled around the homestead.  Here are a couple of shots of this pretty and pleasant place. 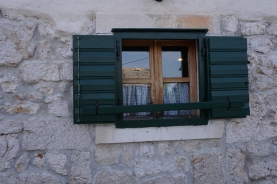 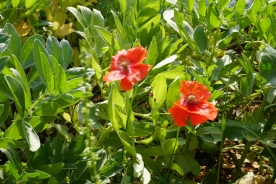 From there it was about a 40 minute ride to island town of Trogir.  Originally founded by Greek merchants from the island of Syracuse, it is now a UNESCO world heritage site.  Here are some shots outside the Old Town Gate.

Its small winding streets, with ancient three-story buildings casting shadows everywhere, are made of stone, as stone was the primary building material in Croatia, and are polished to a slick, high gloss from centuries of wear. 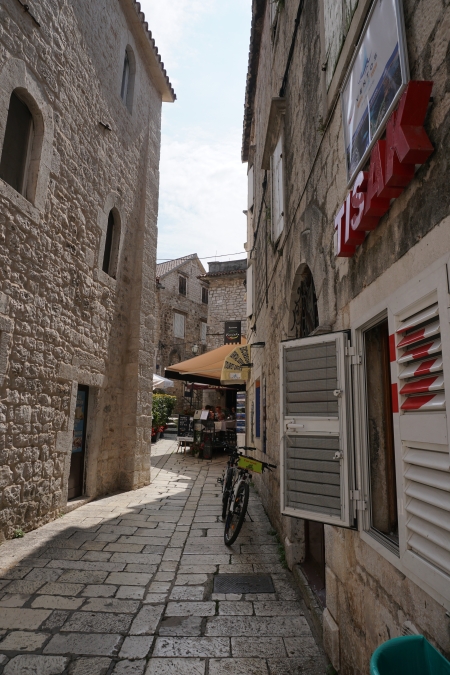 We visited the Cathedral of San Lorenzo.  It took from the 13th to the 17th centuries to build and is Gothic at the bottom, Venetian Gothic in the middle and Renaissance at the top.  I snapped a few photos of the entrance. 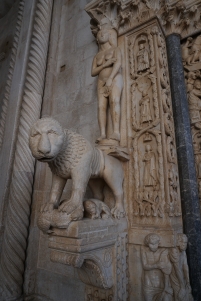 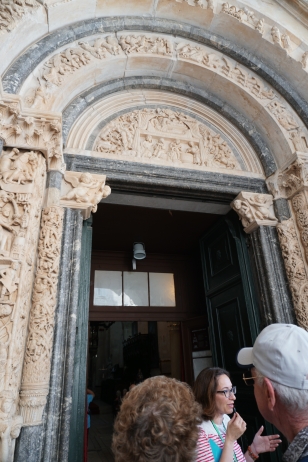 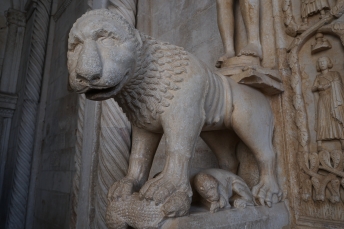 and these of the interior. 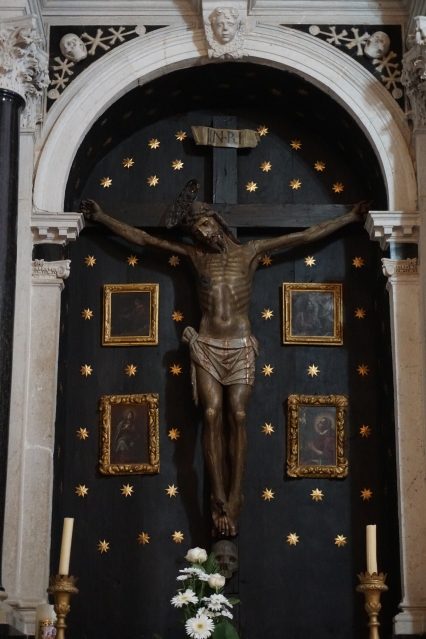 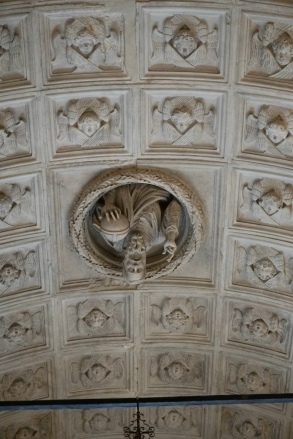 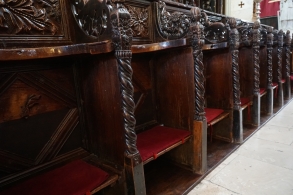 We were then treated, at the old court house, to the vocals of a terrific acapella group.  They sang a couple of Croatian songs for all to enjoy.  They were excellent but I didn’t understand a word.

After walking through the Old Town we found ourselves on the quay, on the outside of the little walled town.

and, at about 11:45 AM it was back on the bus for our ride to Split, the 2nd largest city in Croatia.