I drove to Boston for a meeting on Wednesday, April 26th.  My conscience dictates that I attend the various programs so the first time I left the hotel, except for meals, was on Saturday, the 29th.  The conference was over and we were on our own.  We decided to visit the Boston Museum of Fine Arts to take in the Botticelli and Henri Matisse exhibits.  I started by taking a shot of a live floral arrangement installed behind a wall and picture frame. 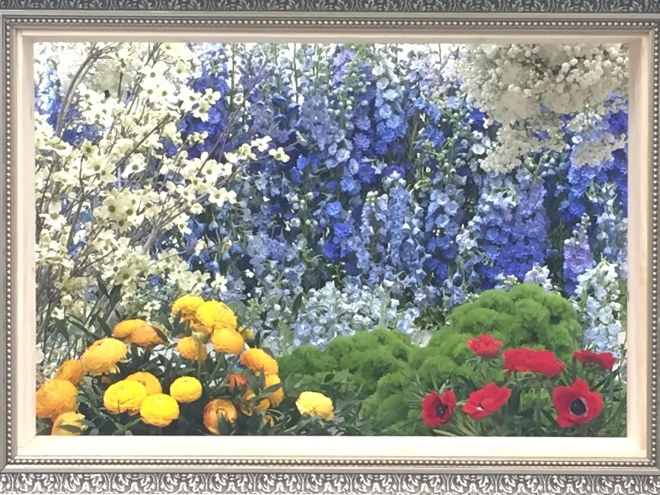 The Botticelli exhibit was wonderful.  Don’t rush through or you may miss something.  Linger a while to appreciate the talent of the artist  and beauty of his work.

Here are a couple of shots of Botticelli’s work. 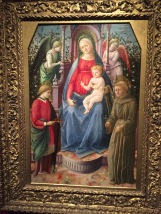 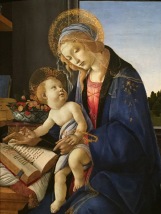 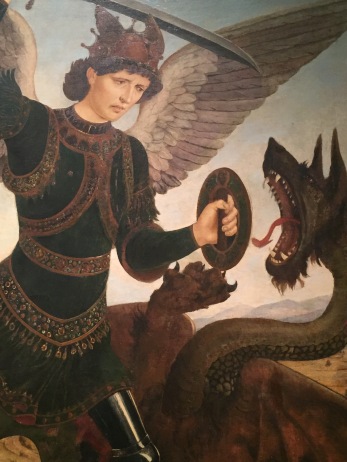 Interesting fact, the first Botticelli in America was purchased for the Isabella Stewart Gardner Museum in Boston.

The Matisse show was lovely.  People everywhere and plenty to gaze at.

On display, as we entered the salon, were two teapots that belonged to the artist.  He drew inspiration from these inanimate objects; witness these paintings in juxtaposition to the pots. 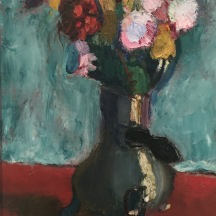 Here are some other shots from the show. 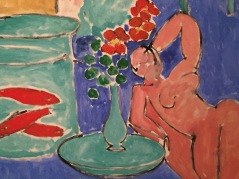 From the museum we made our way to Fenway Park to watch the Cubs battle the Red Sox.  Here is a picture from my seat.

That’s right, we were in an enclave of Cubbys and the sun was smiling on them.  The Cubs were on top of their game and Sox fans went home disappointed.

The walk to the car park revealed what I think is a great photo of Boston and the Prudential Building.

So much for a fast trip to Boston.