A visit by a friend from Boston prompted us to journey to The Barnes Foundation on the Benjamin Franklin Parkway in Philadelphia. 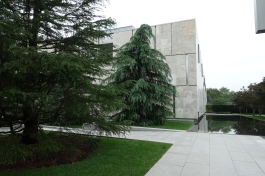 Visit with a friend 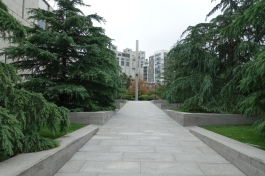 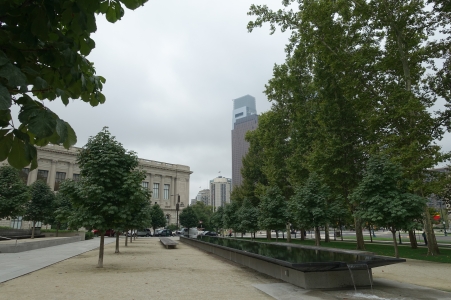 The Barnes, described as an educational institution, is the “child” of Albert C. Barnes, a native of Philadelphia, graduate from the medical school at the University of Pennsylvania  and self-made businessman.  He sold his business shortly before the market crash in October 1929 for over $6,000,000.

Barnes began his art collection in 1912 with the help of William Glackens, a high school friend and American artist.  After a buying trip to Paris on behalf of Barnes, Glackens returned with 33 works of art, including Van Gogh’s “Postman” and Picasso’s “Young Woman Holding a Cigarette.”  With these acquisitions the seed had been laid for what was to become one of the world’s great post-impressionist and early modern art private collections.

One of the first things you see upon entering the Foundation is this beautiful work by Matisse, “Le Rifain Assis” (Seated Riffian).  I copied this scene from the brochure distributed to visitors to the Foundation.

The more than 4,000 works of art are displayed in what is referred to as “ensembles.”  Ensembles are intended to demonstrate the universality of artistic tradition and creative expression by mixing art and crafts in the exhibition.  Barnes experimented by rearranging works according to light, line, color and space, which he regarded as the universal elements of art.  The installation one sees today is the one that was in place on the day Barnes died in an automobile accident in 1951.

Unfortunately, photography is prohibited in the collection.  Copies of the artwork are available, however, in the form of postcards and reproductions in the gift shop.  The collection, which includes work by Cezanne (69 pieces), Renoir (181 pieces), Picasso, Matisse, Van Gogh and many others, is amazing.

I also copied two other pieces from the brochure.  One is a Modigliani

Currently on exhibit is a show by Mohamed Bourouissa entitled “Urban Riders.”  It is an interesting study of Philadelphia cowboys and, guess what, photos are permitted.  The exhibit is a combination of stills and a motion picture.  I did my best with the moving picture.  What follows is a collection of the stills and motion picture of a day in the life of an urban cowboy. 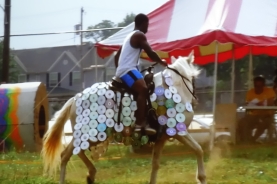 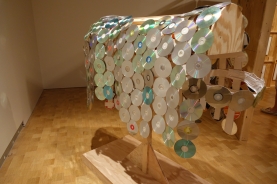  Another part of the exhibit was an installation outside of the theater. 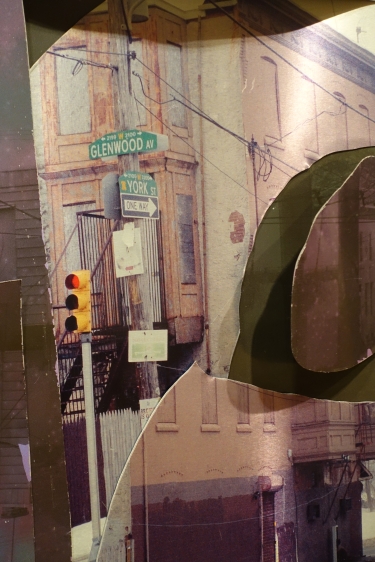 And, the day ended with the sun shining in the reflection pool outside the Foundation. 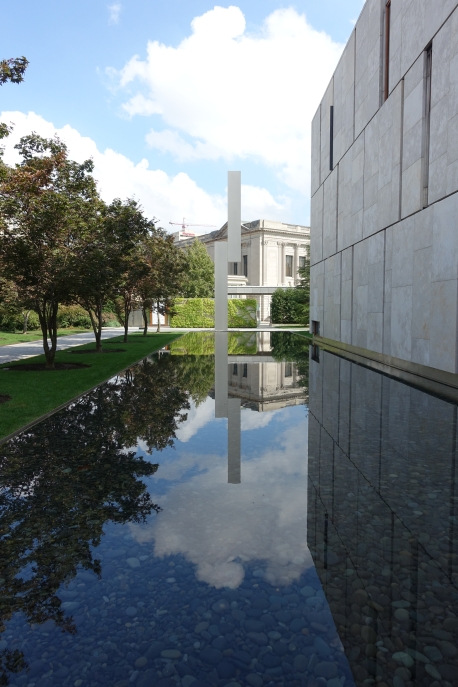