Greenwich, Into the Midnight Sun, London, Viking Star by photosbycappyJune 18, 2017

We checked out of the Marriott and took a taxi to Enderby Pier in Greenwich to join the Viking Star.  There were porters waiting at the pier to take our luggage, only to have it appear in our room later in the afternoon.

The Star was waiting for us, tied up in the Thames.

Embarking the ship involved taking a tender.  The tender was supplied by the port and went back and forth, to and from the ship, about every 30 minutes. 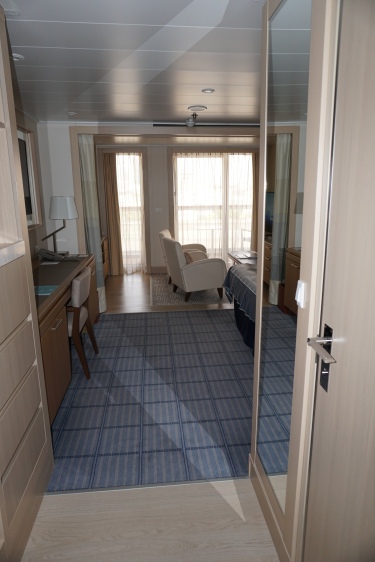 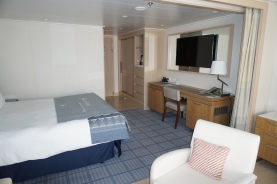 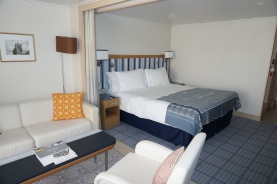 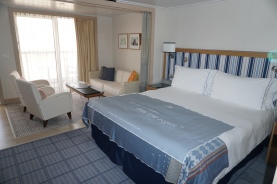 . . . it was on to lunch at The World Cafe, where we sat outside looking at downtown London in the distance. 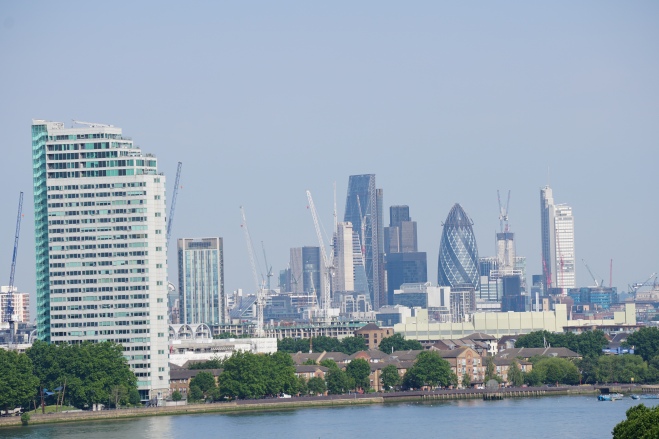 Then it was back on the tender for a stroll around historic Greenwich.  Today, being a warm (some would say hot), sunny Saturday in June, the village was teeming with people.

We stayed for the most part in the area of the Old Royal Naval College.  The buildings are weathered with age and the toll the Thames takes.  Here is a selection, not my best work but representative of the area: 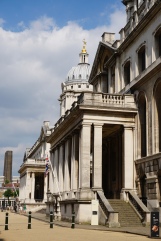 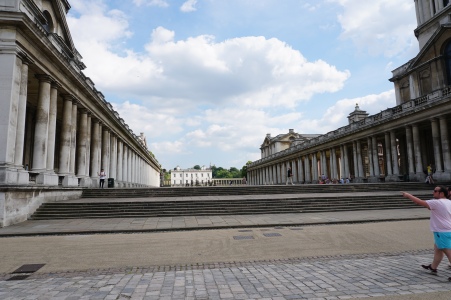 The park adjacent to the Naval College was a favorite spot for a picnic or just to loll in the sun. 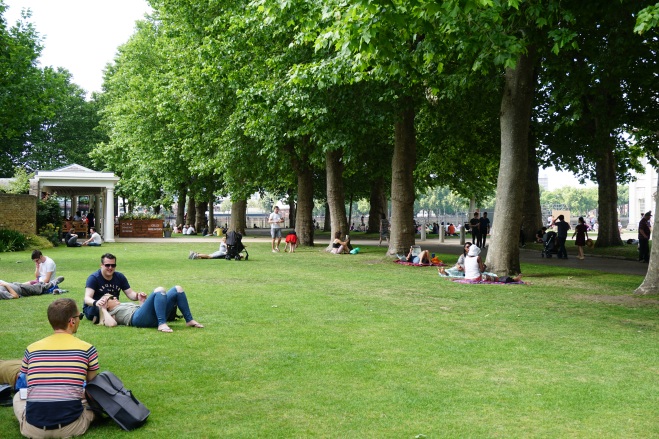 We visited St. Alfege Church which was attractive in its simplicity.  The new church, the third of three, was completed between 1712 and 1714.  It was damaged during world war 2 and rededicated in 1953. 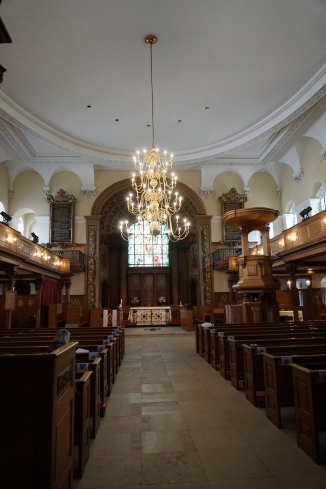 In the garden by the church a poppy grew.

We visited the Greenwich Market and stumbled upon a man selling spatulas.  I though they were very clever and asked if I could take his photo.  Here is the result”

When we travel we more often than not see a bride.  Today was no exception:

By this point it was time to return to the ship.  A couple of photos to end the day were in order.  These were taken from our balcony: 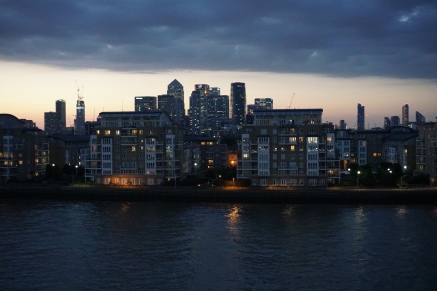