We were up and out of our rooms early for our next adventure, a trip on the Oslo/Bergen Railroad.  We booked this extension early in the process as we heard it is a beautiful trip.  Since we are not likely to return to Norway anytime soon we decided to add this to our cruise.

After breakfast we boarded busses along with 160 of our new best friends for the ride to the train station.  We were on carriage 7.  The 7 hour trip passed over and through mountains and we ultimately reached a height of over 4,000 feet.  We could feel our ears pop as we ascended and descended.  We saw snow and waterfalls as we passed through the mountains.  We were above the tree lines, the place where trees no longer grow.  Then, all at once, we were passing through lush, green farmlands bordered by lakes fed by snow capped mountain streams.  The landscape was magnificent and a photographer’s dream.  I made, however, a decision not to try and take photos through the windows as we sped along the tracks.  Just close your eyes and let your imagination run away with you.  It was lovely.

Upon arriving in Oslo, en route to the Hotel Bristol, guess what?  Another tour in another bus.  We drove past past the Opera House (which we would return to visit in a couple of days) on our way to the Holmenkollen ski jump.  When its not in use as a ski jump it serves as a zip line.  Have a look. 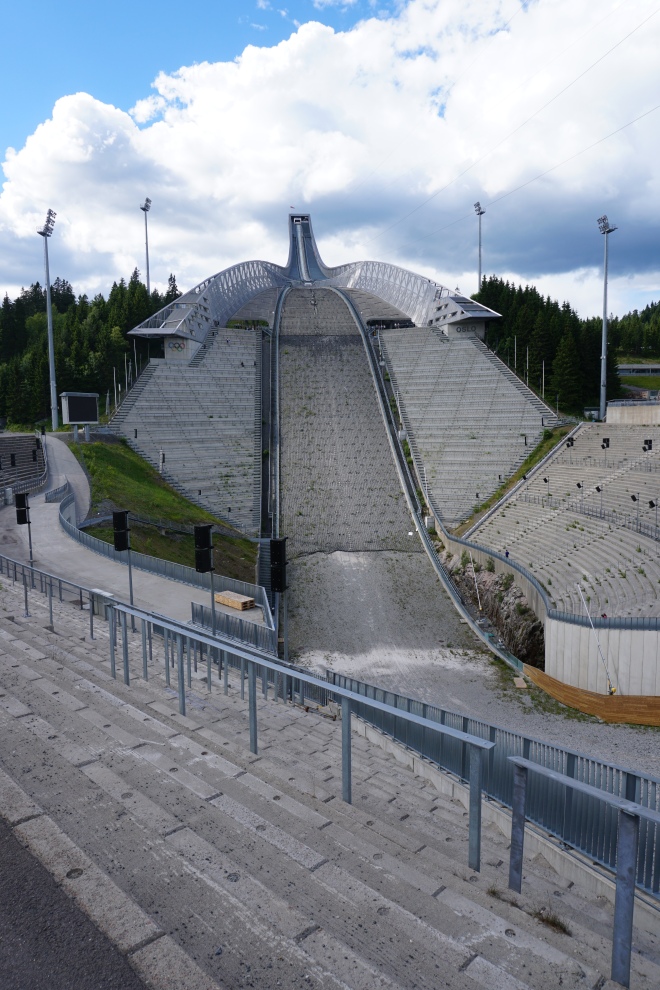 From there it was on to the Viking Ship Museum which houses three Viking ships.  They were excavated in the early 1900’s.  They were used as burial ships after serving as sturdy sailing vessels.  They were buried with the last remains of wealthy individuals.  As a result of being buried in soil containing copious amounts of clay they survived well preserved.  Here are a couple of photos, although getting decent shots of the boats proved difficult. 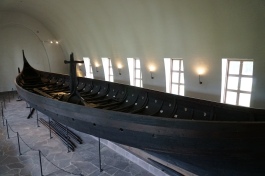 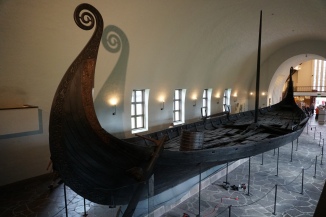 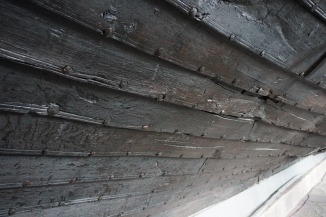 Then it was back on the bus for a ride to the Vigeland Park, one of Norway’s most popular tourist attractions with than a million visitors each year.  It represents the lifetime work of sculptor Gustav Vigeland and contains more than 200 pieces of sculpture in bronze, granite and forged iron. 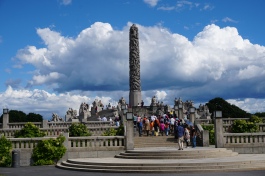 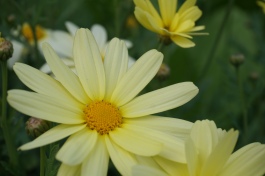 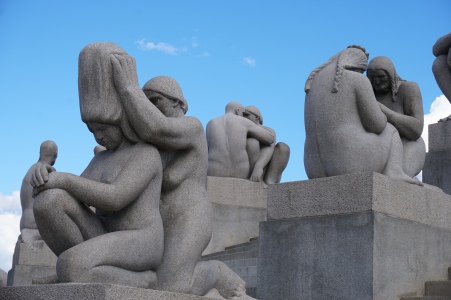 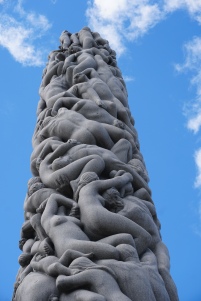 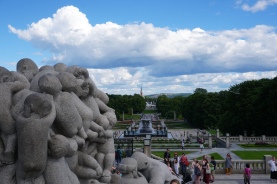 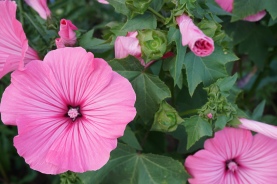 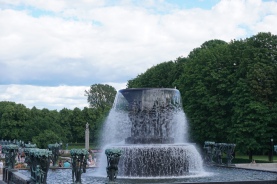 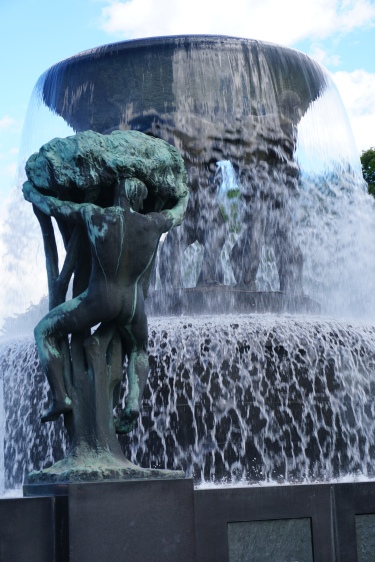 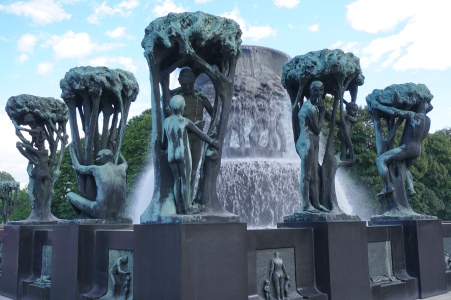 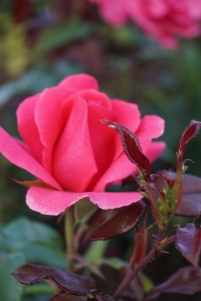 And, at last we arrived at the Hotel Bristol.  It is what we think of as a tradition European hotel.  Our rooms were ready and waiting for us but instead of going up to the room, the elevators (of which there were two small ones) were clogged with people all anxious to jam on and travel upward to their lodgings.  We opted for drinks in the bar and visited with other likeminded travelers from Georgia. May be the last time we see them, although we are always welcome in Savannah.

Then to dinner at a near-by restaurant, Skansen.  It was a beautiful evening and we chose a table under a tree overlooking the harbor.  A cool breeze was blowing and we needed to pull our jackets a little tighter.  The place seemed popular as many tables were occupied with many diners.   JoAnn ordered salmon in a pleasant cream sauce and I ordered grilled chicken which was nicely spiced.

Then, back to the Bristol for a restful night’s sleep.