Amsterdam and the Viking Hlin, November 4, 2018

We were up early for our last day in Amsterdam. Today we are going to board the Viking Hlin. We were originally scheduled to sail on the Viking Kara but due to low water levels in the Rhine River the Kara can’t make it all the way to Amsterdam. We are going to do what is known as a “ship swap” which means we will change ships somewhere in the middle of our trip at which time we will join the Kara.  Here is a photo of the Viking Hlin.

We decided to take a canal cruise today. So following breakfast and after checking out of the Banks Mansion, we made our way to our meeting place for the cruise. The boat was packed with people, all gawking through the glass windows and roof at the sites as we passed by.

Land was valuable and, at the same time, unstable.  Wooden piles, upon which houses were built, were driven deep to form a foundation.  Centuries later these pilings have deteriorated causing the houses to sink and lean. 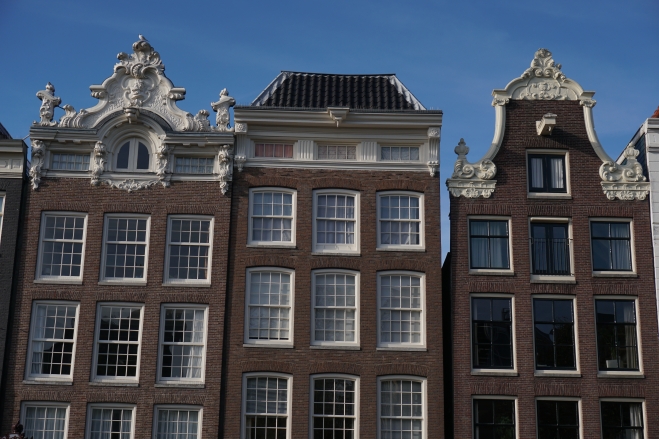 The houses were built with hooks in the gable at the very top . . . 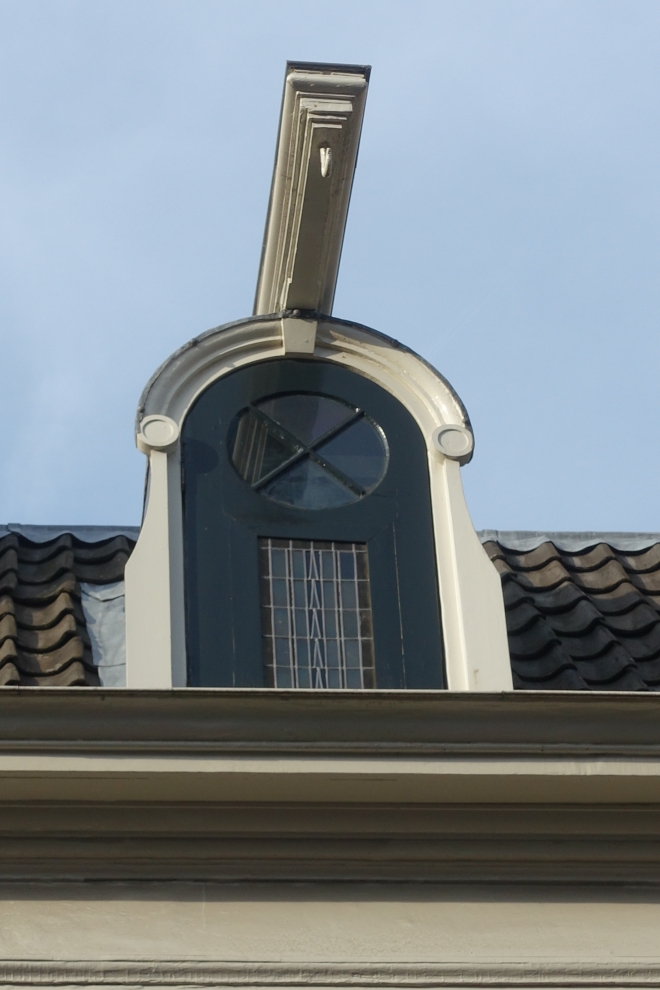 . . . so that furniture and other household items could be lifted, with the use of pulleys, to the appropriate floor and taken in through an open window.

Well we knew that from prior trips to this wonderful city.  What we didn’t know was that the tops of the houses were built leaning forward, toward the street, so that as things were raised they didn’t hit the house.  That explains why all the houses seemed to be out of plum.

The cruise ended a little after 1pm and we began our trek back to the hotel, to pick up our luggage and make our way over to the ship.  Here are a couple of shots as we made our way back to the Banks. 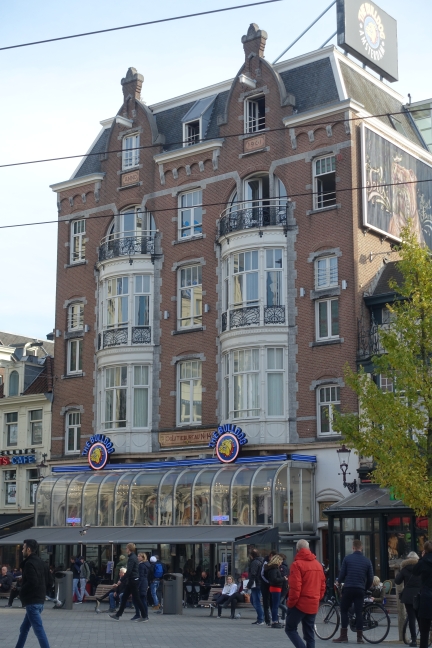 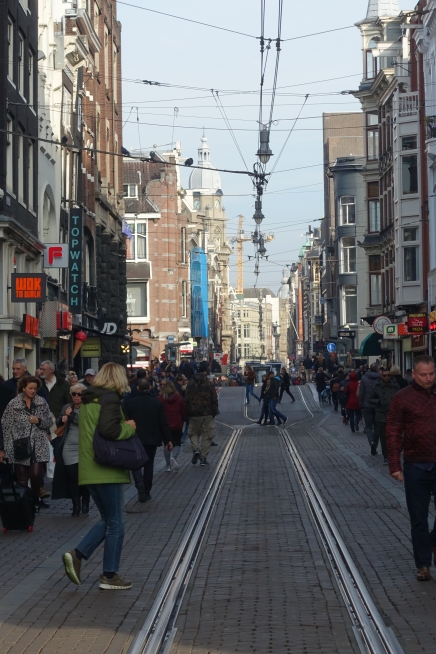 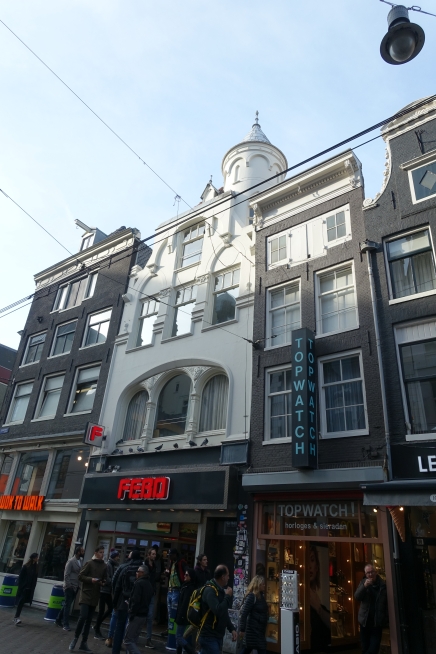 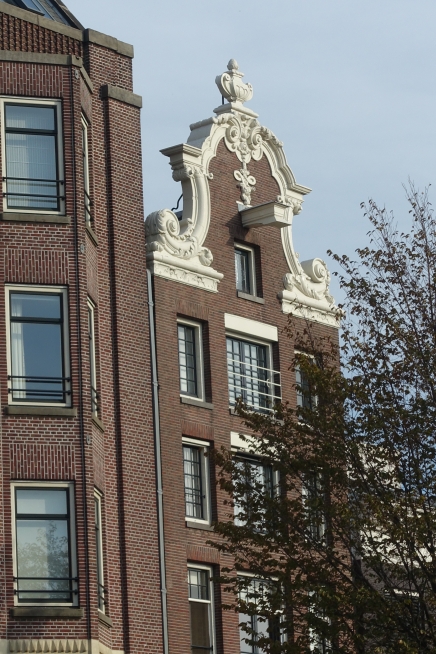 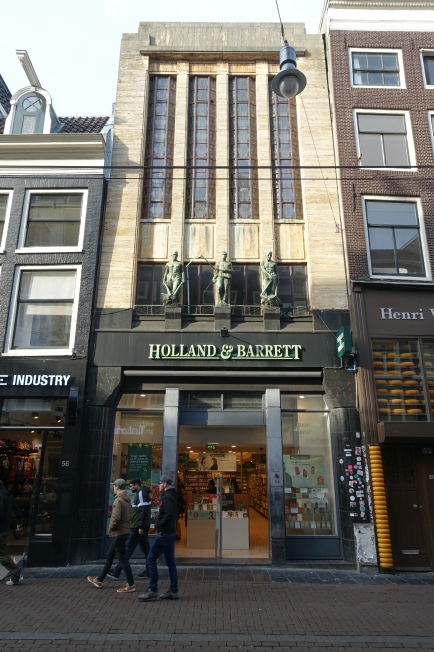 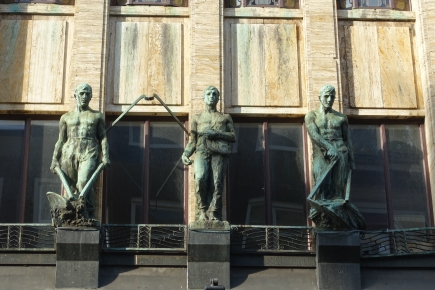 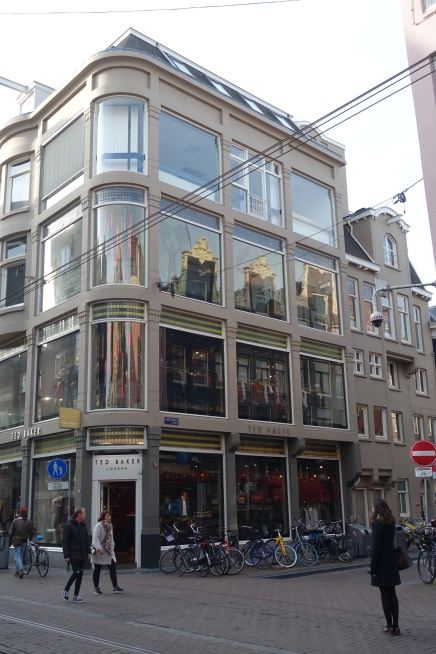 We also took time for a short shopping excursion to a Delft store.  I was able to get, what I think are cutesy photos in the store.  You be the judge. 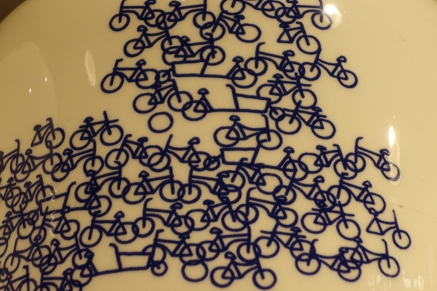 And, nothing says “Merry Christmas” like a little teddybear in a holiday wreath. 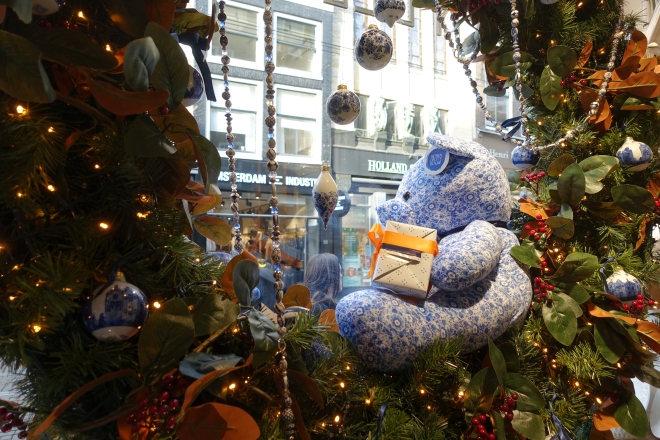 Amsterdam is a city of bikes and as we strolled along I couldn’t pass up this one last shot. 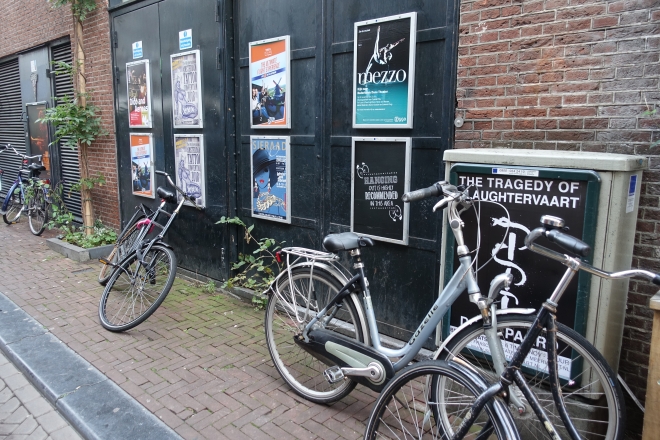 Once back at the hotel we claimed our luggage, called for a taxi and had one last beverage on the Banks.  Then it was onto the Viking Hlin.