Aruba, our last stop on this 14 day cruise.  We’ve been here once before, a long time ago, and decided to take yet another tour.  Must be some kind of a record for us.  We just wanted to see more than the little town of Oranjestad; get a feel for the island.

Right off of the ship, as you might expect, we encountered a lady selling two hour tours.  Just what the doctor ordered.  Catch was, since it was 10:45am and sales had slowed down for her, we had to wait until she could persuade at least six more late risers to join us.  That took another 30 minutes but then, in the capable hands of Carlyle, our guide and driver, we were off.  Again, I did not take photos out of the van windows; it was too difficult to do.

Our first stop was the Casibari Rock Formation which, as it sounds, is a jumble of hugh rocks, piled on high.  We walked to the top of the formation to see the view and, of course, take a couple of photos.  The way up was somewhat treacherous and difficult.  If only we had seen the steps on the other side, which we used to come down, things would have been a good deal easier.  Once at the top the wind was ferocious and just standing there was a challenge. 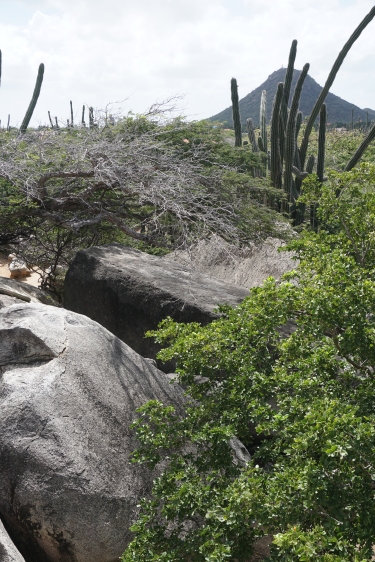 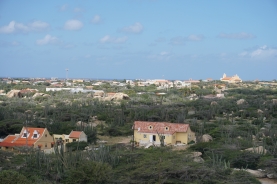 From there Carlyle drove to the Saint Filomina Roman Catholic Church.  It was quite lovely in its simplicity. 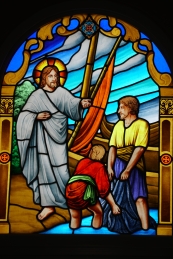 Then we were off on a scenic ride passing residences and businesses alike on our way to the California Lighthouse.  It is interesting to see homes next to all types of businesses.  We were told, while in Curacao, that there are apparently no zoning plans.  Seems to work for Aruba and Curacao.

Here is the view from the area of the lighthouse.  It was named to commemorate the wooden steamship S.S. California that sank just off the coast on September 23, 1891.  The lighthouse was not open so we couldn’t go up to the top, as if I would since I don’t handle height very well.

Our tour ended with a drive along the coast past numerous luxury hotels and casino.  The properties were quite attractive but, alas, no pictures from the van.  Once back in Oranjestad we went in search of lunch.  We were referred to the Renaissance Hotel and Casino by Marian, one of the ship’s shopping guides and lecturers.  We sat at an outdoor table by the pool on the second floor.  And, when we were seated we found ourselves next to Marian.  We were provided with a nice view, as you can see. 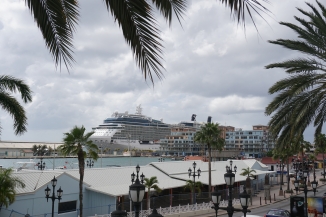 Lunch was an ahi tuna salad which may have been one of the better meals of our trip.  All aboard was at 4:30pm so following lunch we strolled back in the direction of the ship.  The area was populated with simple gift shops and high-end luxury apparel boutiques. 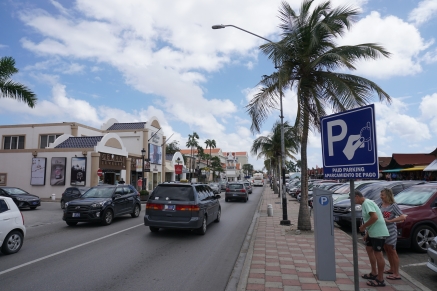 Once the ship pushes off from the dock we will be heading northward on our return to Miami.  Two more days at sea to follow before disembarking.