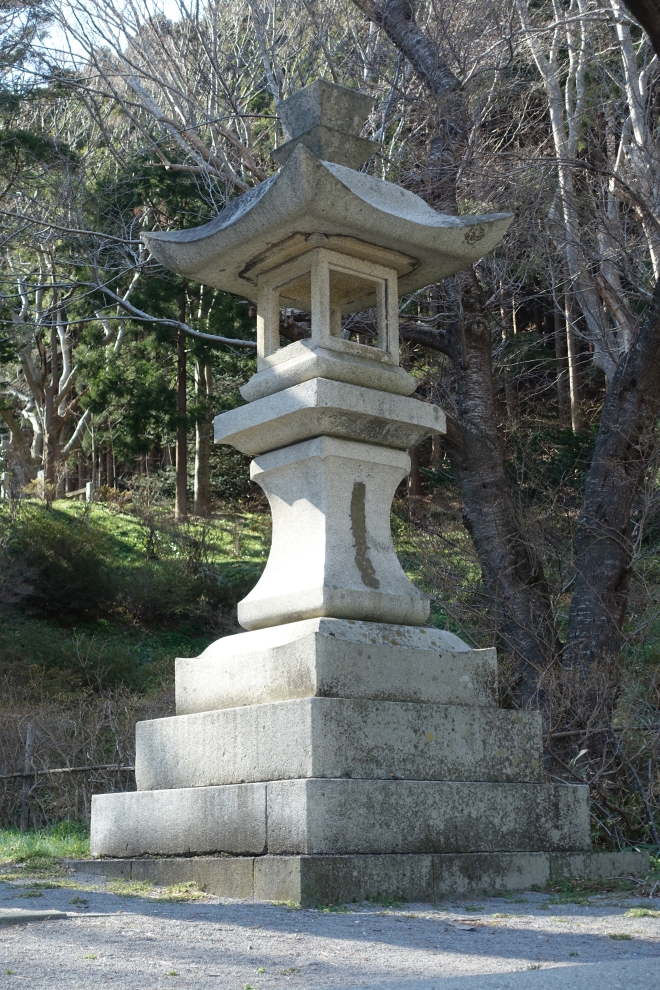 We arrived in Hakodate six hours later than scheduled due to angry weather; rough seas and heavy winds delayed our departure from Yokohama.  Because of the weather delay we had to cancel our private tour.  Fortunately, the weather, by the time we arrived, improved; it was sunny and breezy with temperatures in the mid 50s.  But, we were on our own.  We had some ideas of what to do but weren’t certain how to get where we wanted to go.

After disembarking around 2 pm, we stopped at an information station where a nice lady, whose English was very good, gave us some ideas and directions.  She suggested we get one day passes on the tram and that taking the tram would get us to many interesting spots.  She said we could buy the pass from the tram driver.  And, off we went!

We got on the first tram we saw; direction didn’t matter, we were going where he was going.  On the tram with us were three Australians, also traveling on the Quest, and in the same puzzling situation as we, how to buy a one day pass.  The tram driver didn’t speak English and we didn’t (and still don’t) speak Japanese.  Clearly, we weren’t making ourselves understood and he had more to do than sit there listening to our jabber.  It was then that I remembered G Translate, the Google app that translates from English to, in this case Japanese.  Problem solved, I had two passes and the Australians had three.

We took the tram to the Yachigashira stop, the last on the line.  Then we were off in search of the Hakodate Hachimangu Shinto Shrine.  The shrine has been in its current location since1880.  The shrine is situated at the top of series of about 80 to 100 steps.

The steps leading upward, especially the railing, were also interesting.

The view over the village of the sea in the distance from the first landing was quite nice.

The shrine is also quite nice.  It was the first shrine we visited on this trip without overwhelming crowds.

Then it was down the steps and down the street on our way back to the tram.  As we walked through this little area I was amazed, as I have been this entire trip, at how clean the area was and at how little activity was going on.  Here are a couple of shots of the area.

Back on the tram, we were destined for the Red Brick Warehouses.  We got off at Jujigai stop and walked over a few blocks to the warehouse area.  Hakodate was one of the original ports that engaged in trade with foreign nations and undoubtedly these warehouses date back to the beginning of open trading.  Today, the warehouses host numerous stores.

From there we marched uphill in search of historic buildings, which abound in this area.  On our way up we came upon the Higashihongan-ji Buddhist temple.

This part of Hakodate is extremely hilly.  Here is a shot looking back in the direction from which we came.  Notice the Azamara Quest in the distance.

We found, but were too late to enter, the Roman Catholic Church,

and the Russian Orthodox Church, also too late to enter. This photo is of the rear of the church which I thought was a more interesting shot.

We came upon this tree, or perhaps it is a bush,

as we were in search of the Prefectural Government’s Old Branch Office which was built in 1909 and restored in 1982.  At that time the adjacent park was added.

The hour had turned to 5 pm, the day was waning and things were closed or closing.  We decided to head back to the tram and the Quest.  There must be an election going on as we saw and heard, off and on, cars with loud speakers manned obviously by politicians looking for my vote.  Here is a photo of those running for office.

Uncertain of what direction to go, I asked a man in front of an office building, who just finished lowering the nation’s Rising Sun flag, for directions.  He stopped folding his flag, looked at the map in my hands, stepped out onto the sidewalk and pointed me in the right direction.

I noticed as we walked that there weren’t many people around.  The city seemed to be napping, looking for something to wake it from its lethargy; nothing much was going on and yet, from the distance, Hakodate looks like a vibrant city.