We are traveling with friends to Canada and New England on Royal Caribbean’s Anthem of the Seas.  Today we are in Boston.  We met up with our friend John, who served as our guide for the day.  The weather is cool and cloudy with bouts of rain. Rain jackets and umbrellas are in order.  Our first stop was in Charleston at the U.S.S. Constitution.  The Constitution is the world’s oldest commissioned naval vessel afloat.  Here are a couple of photos of the ship. 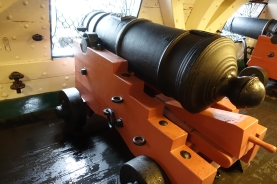 After touring the ship we found ourselves en route to the Constitution Museum.  It provided interesting information on the ship as well as the Charlestown naval yard.  While there I was able to snap this photo of the ship’s war Billethead as well as a detailed description of the Billethead. 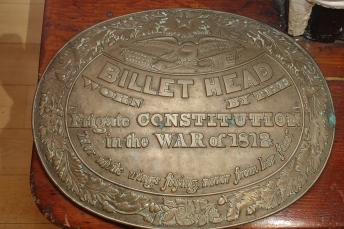 Here’s a shot of our friend John as he would have looked if he lived over 250 years ago and served in the United States Navy. 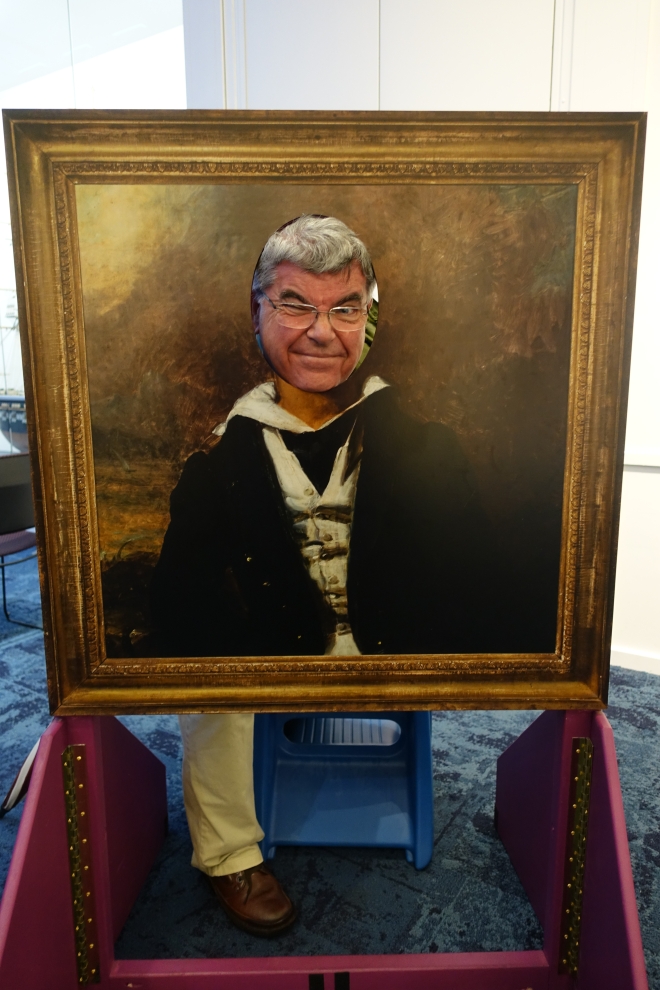 Maybe I should call him “Peg-leg.”

Here’s a couple of other shots in the area of the ship. 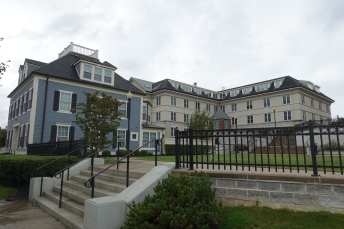 From there we headed over to the Quincy Market.  It was still rainy and cool and we were heading to Ye Olde Union Oyster House, America’s oldest restaurant which was established in 1826, for lunch.  We passed a cafe offering soup. 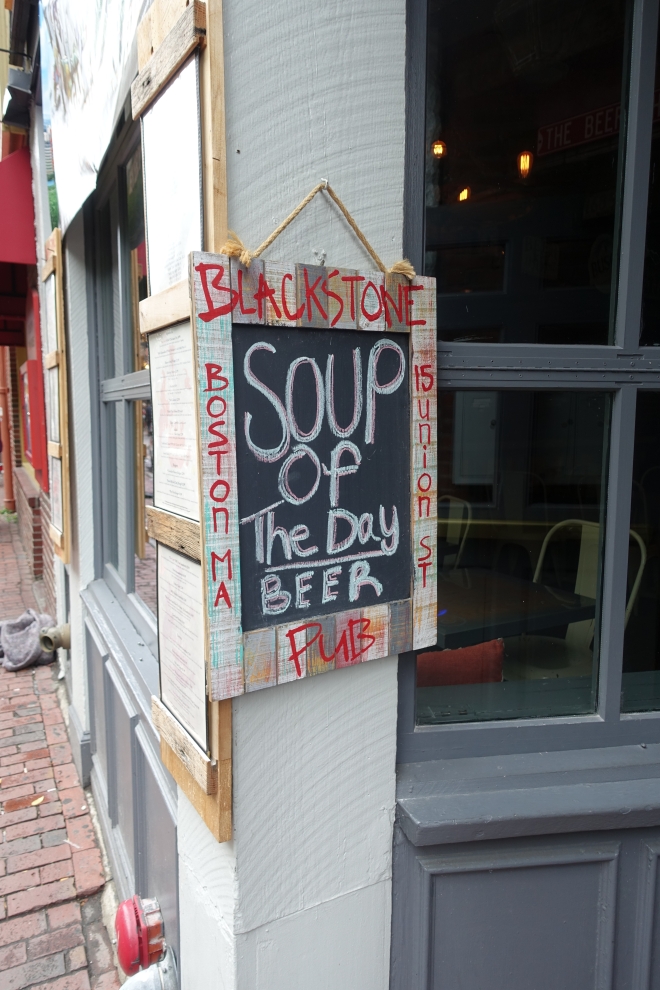 And then it was on to the Union Oyster House.  Every time we visit Boston we try to stop here; its a bit of nostalgia for us and a good meal to boot. 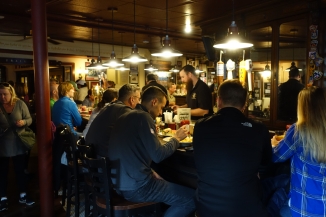 We strolled around Quincy Market after lunch.  An entertaining and interesting place. 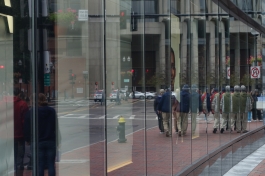 From there we made it over to the Octoberfest at the Harpoon Brewery.  Can you say crowded?  We think every college student in town was there. 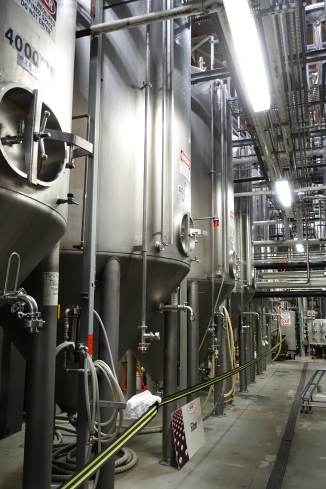 Then it was back to the ship in time to sail for Portland, Maine.